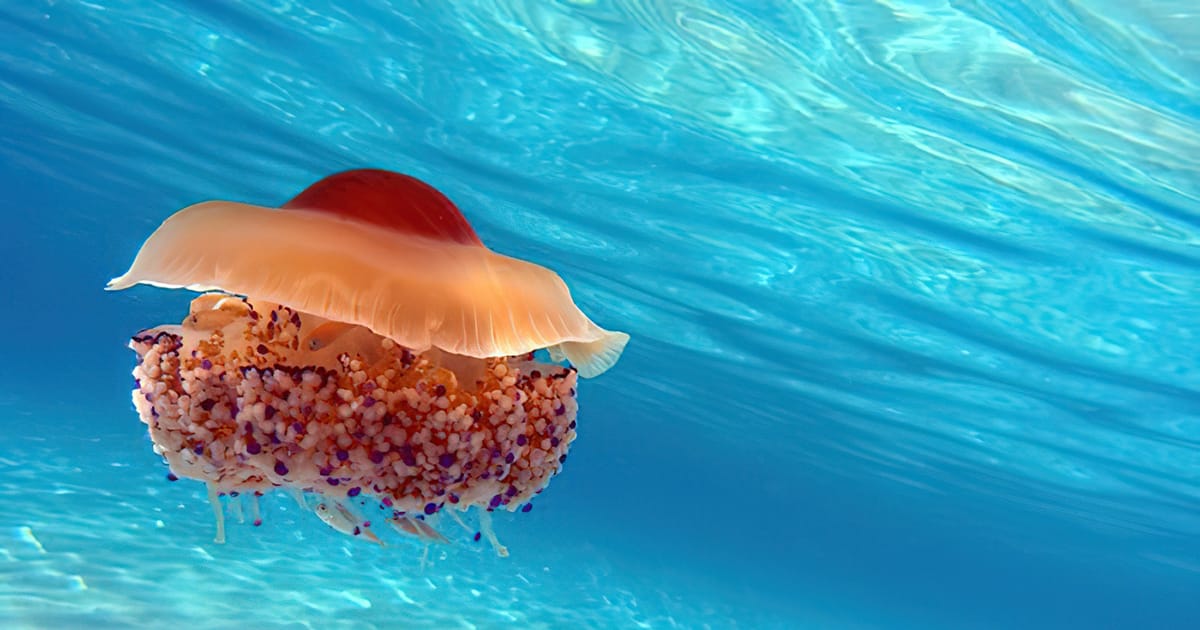 The Mediterranean jellyfish or also known as fried egg jellyfish have appeared in greek waters once again, this year.
Also, it has been observed that many bathers remove them from the sea with a killing effect. Because of that, many people have created posts and videos on social media to inform and raise awareness about this species and the reasons, in which they should not remove it from its natural environment, the sea.

Let’s know more about this species. The benefits of them and why we should not kill them.

First of all, this specific species is named Cotylorhiza Tuberculata or Mediterranean jellyfish or fried egg jellyfish because of its shape and it has impressive colorful tentacles. It differentiates from the Pelagia Noctiluca and it is not toxic for human beings.
Its diameter can reach 40 cm, but most commonly range between 17 cm.  It is characterized by its autonomous movement in the water, so it is capable to move without being affected by the sea flow.

The Mediterranean jellyfish are present at the end of July until the beginning of October and it is species very common in the Mediterranean Sea, Adriatic Sea and Aegean.

Cotylorhiza Tuberculata consumes a combination of phytoplankton and zooplankton and minuscule aquatic organisms. Meanwhile, it hosts in its body microorganisms, such as algae and small fishes, which are hidden in its tentacles.

They do a very crucial job and offer plenty of benefits to the environment and the sea. For example, they clean phytoplankton and protect the spawn from several dangers and fishing.
The Mediterranean jellyfish is completely harmless for the human being, neither sting nor is toxic for the skin. You can swim fearlessly next to it.

For all the previous reasons, it is necessary do not to remove this species from the sea and it must stay on its natural environment to accomplish its purpose, which is bound for.

If we leave flora and fauna to do their work, we all enjoy a most balanced environment and a better sea. Let’s protect them! 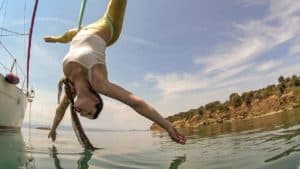 Do you think that sailing for more than one day is boring? Do you think that when you are on board on a sailing boat is just for swimming and for parties? The answer is no! Sometimes, depending on your interests, you can combine other sport activities. One of the activities you can enjoy during… 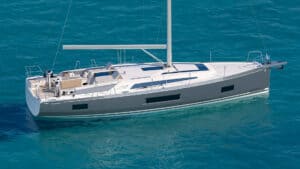 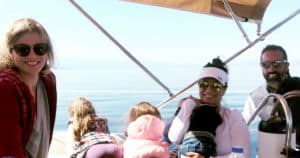 Family cruises for families who have kids search their holidays according to the filter of quality. Parents want to spend their time with their kids in a safe and ecological environment through which can teach some interests and hobbies in an implicit way. Sailing cruises Family cruises can benefit both parents and their kids. Selecting… 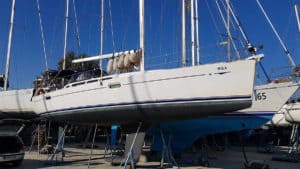 During this period, from December to end of February, our fleet gets to the dry dock that is located in a beach of Pelion in Pagasetic Gulf, a few kilometers away from our office in Volos, both for protection from the weather conditions of the winter and for its service. Our crew works in a… 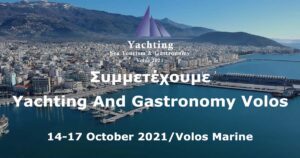 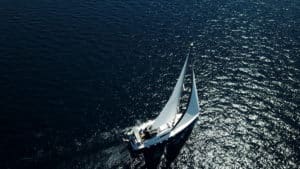